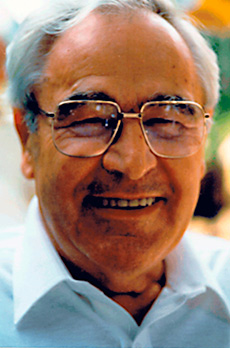 As Paracelsus discovered, any substance, depending on dosage, can be a poison as well as a remedy. This principle is valid for all remedies as well as for food and other luxuries!

As Paracelsus discovered, any substance, depending on dosage, can be a poison as well as a remedy. This principle is valid for all remedies as well as for food and other drink! Around 250 years ago, Samuel Hahnemann, a German physician and the founder of homeopathy, discovered that drugs that cause diseases can also be used to treat the latter. Hahnemann formulated the “Simile” principle – in his words: “in order to cure an illness softly, quickly, conscientiously and sustainably choose a remedy that can cause a similar ailment as that, which it is used to cure.” Homeopathic remedies stimulate self-healing. Such healing is more than just an elimination of symptoms, it harmonises the subject both physically and psychologically. My teacher, Prof. Mathias Dorcsi put it in the following terms: “The homeopathic physician must treat seriously all phenomena of his patient and include them in the search for a remedy.”

Therefore, the patient in his/her entirety, uniqueness and distinctiveness is very important for the discovery of a suitable remedy. Homeopathy is a „medicine of the person“.

It is a widely held misconception that the production of homeopathic remedies is based on extreme dilution, in the ultimate form of tiny lactose spheres, of active substances to an extent that the latter can barely be traced using scientific methods. The production of homeopathic remedies involves a special process called “Succussion”. Active ingredients are diluted several times. At every successive stage of dilution the agents are shaken one hundred times. According to recent scientific research, the resulting molecular changes induced by this process are precisely the key to transferring information to the body about how to fight ailments.

Homeopathic remedies combine very well with orthodox medicines. Their effects do not interfere with one another.

There is much scepticism over homeopathy in the media. Critical articles, often written with a demeaning undertone, refer to the lack of scientific evidence to support the effectiveness of homeopathic remedies.

A few short remarks on the matter: